How to maintain your electric car?

How to maintain your electric car?

Should the battery be fully discharged before charging?
Unlike other secondary batteries, lead-acid batteries have no memory effect, so no matter what state of charge the battery is in, it can be charged directly without discharging.

How to deal with the battery if the electric car is stored for a long time?
First of all, the battery should be fully charged and stored, and should be charged at least once a month to prevent power loss, which can effectively prevent irreversible salinization and dendrite short circuit caused by crystal technology generation.

Why should the battery be recharged before the first use?

It usually takes 1-2 months or even longer for the battery to be used from the factory to the use. During the storage period, due to spontaneous reactions such as self-discharge inside the battery, a part of the power is consumed and the rated capacity cannot be reached. Therefore, before the first use , it is best to carry out supplementary charging, lest customers mistakenly believe that the capacity is insufficient.

Is it better to charge the battery at any time, or to recharge it after it is fully discharged?

As the discharge becomes deeper and shallower, the number of cycles will increase significantly. Therefore, according to this theory, frequent charging is beneficial to the cycle life. However, due to the influence of price factors and technical levels, the chargers currently in circulation in the market have defects such as high failure rate, poor reliability, and low accuracy. Therefore, sometimes frequent charging will affect the life of the battery. Empty the battery and recharge it. Although the charging times will be reduced, there will always be differences between the single cells during discharge, which may cause some single cells to over-discharge, and the charging acceptance will be greatly reduced, resulting in insufficient charging. Charging, the charger is under heavy load for a long time, and the charger is easily damaged. Based on the above, it is most reasonable for us to charge when the battery discharges 50-70%.

What is the harm of overcharging and undercharging?
Charging means that the charging current of the battery is greater than the acceptable current of the battery. The excess is the overcharge. The charging amount is actually converted into heat to increase the temperature of the battery. If it is not controlled, it will cause a large amount of water loss, and in severe cases, it will cause thermal runaway, a sharp decrease in capacity, and even deformation and other failures. In layman's terms, undercharging means that when the battery is not fully charged and is often undercharged, the pole will gradually form a thick and hard lead sulfate, which is almost insoluble, that is, the so-called irreversible sulfation, which cannot be solved by ordinary methods. Charged in, so the capacity decays rapidly one at a time.

Nothing is the best but better
没有最好，只有更好 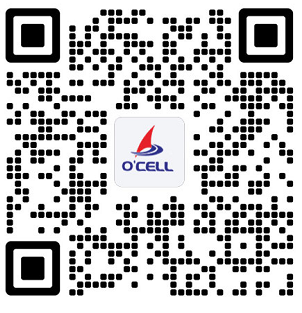